First of all....WE HAVE AN APARTMENT! We haven't signed the lease yet (Friday), but we put the hold deposit on it, and our applications have been approved, so I'm going to go ahead and celebrate a little. It's almost in Aurora, which is a suburb of Denver (see map), but the complex (yes, I gave in, so we're living in a complex) is just inside Denver city limits. It's a nice place, a large two-bedroom, two-bath with a HUGE living room and open kitchen, wood fireplace, large deck overlooking a little pond area. It has a shower for me and a bathtub for Steve, and all new appliances in the kitchen. Unfortunately, it has an ELECTRIC RANGE, which I'm not thrilled about, but the rental manager said that for some reason, Denver apartment complexes just prefer electric ranges. SO. I'm going to have to learn how to cook without the ease and adjustability of using gas. *le sigh* We're moving in on Saturday, which means we'll rescue Tasha from the kennel on Sunday, probably. Maybe earlier, depending on how the move goes on Saturday. (Rob and Pam are out of town this weekend, so it'll just be me and Steve hauling our stuff into our second floor apartment. Thank God there's an elevator!) Once we're finally in, I'll let Claire give you her impressions of the place. She'll probably complain about the lack of furniture. ;)


From our area of Aurora to downtown Denver
(Aurora location not exact for privacy reasons.)

I took these pictures last Friday, when we first arrived in Denver/Evergreen. I was just...in awe...of how gorgeous everything was and how COMPLETELY different this area is from Baltimore. Hell, I'm still in awe of it! 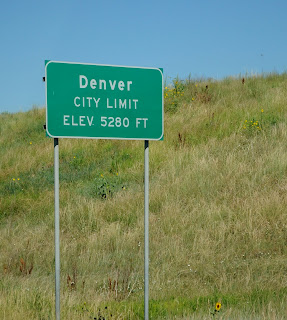 Every city sign in Colorado tells you what the elevation is. It's kind of adorable in a way. 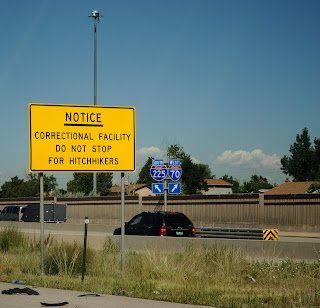 This is not the only sign like this I've seen in my travels. Also, the signs in Colorado are pretty funny. There are some coming down the mountains on I-70W I'll need to share with all of you.

You really need to click on these next photos and see the larger versions to get the total feelings of jealousy they're meant to invoke in you. 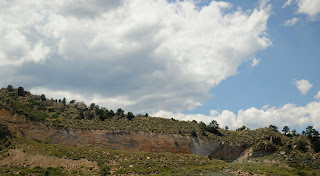 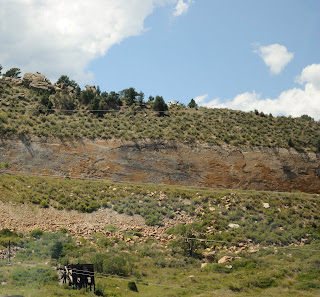 Abandoned mine. I'm not exaggerating when I say that these are EVERYWHERE in the countryside. Steve says I'm not allowed to explore in them. :( 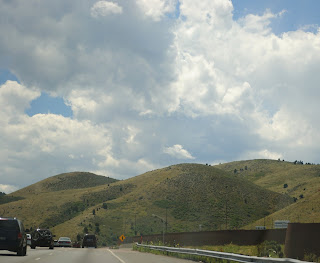 Rolling hills leading up to the mountains on I-70W 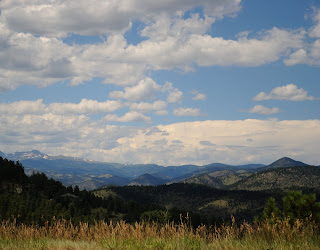 In my new apartment, I'll only be a little over an hour away from the mountains. And no matter how much the drive up those steep inclines KILLS my hybrid battery, it'll always be completely worth it to get another view like this.
Posted by Claire (and Nikki) at 10:13 PM