Missouri: A Worthwhile Place to Visit (Part One)

After we escaped the nothingness of Illinois, we drove into Missouri, a state that I didn't really know much about. I knew the sports teams that played there (obviously) and that they had really good barbecue (thanks to Adam Richman and Man Vs. Food), but not much else. So I was pleasantly surprised to find that there was much to enjoy.

The highlight for me was "Ozarksland," an incredibly kitschy store/big rig rest stop that was conveniently located in front of our hotel room. While I *should* know what the Ozarks are (being an armadillo), the region never really interested me before, as I am an urban-loving placental mammal, so I didn't really get the joke. For those who are equally clueless, Wikipedia has this to say about what the Ozarks are:

"The Ozarks...are a physiographic and geologic highland region of the central United States. It covers much of the southern half of Missouri and an extensive portion of northwestern and north central Arkansas. The region also extends westward into northeastern Oklahoma and extreme southeastern Kansas. The wooded hills of southwest Illinois, though commonly called the "Illinois Ozarks," are generally not considered part of the true Ozarks." (Because to hell with Illinois!) (citation: http://en.wikipedia.org/wiki/Ozarks) So there you go. The Ozarks.

Nikki, Steve, and I went to the store right before closing and were those obnoxious East Coasters who took pictures and laughed at a group of people's culture. Pictures below! :D 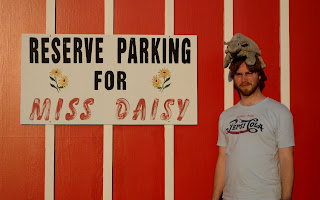 Sign on the back of the building, facing our hotel. This is a rare picture of Steve, who never seems to want to have his picture taken in general and with me specifically. 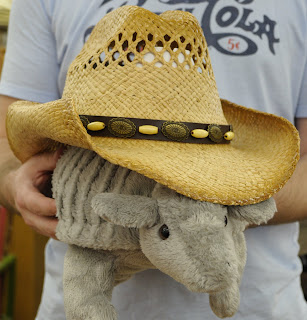 Yeehaw! Giddyup, lil cowboys! (I think I look rather fetching in this hat!) 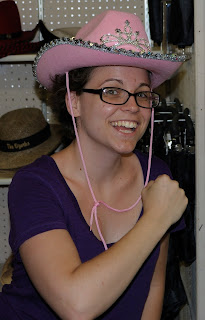 Nikki...I think she's pretending to be a cowgirl princess? With a little bit of Annie Oakley mixed in? It's...hard to tell with Nikki. 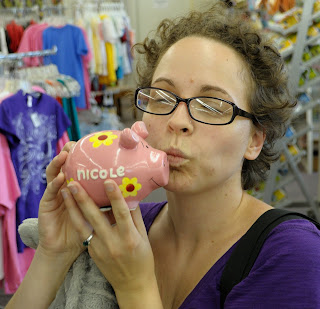 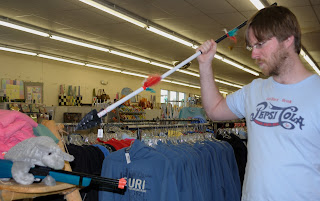 Despite having a rifle, I got the feeling that Steve was going to win this fight.

You can take my gun when you pry it from my fuzzy, inanimate paws! 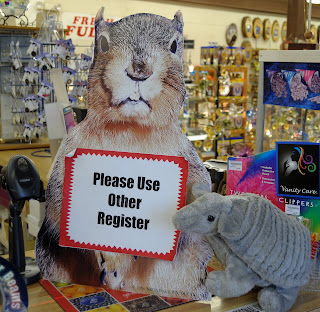 I can only imagine the horrors this squirrel must have seen to have had that facial expression frozen on his face for all eternity.

Part Two of the Missouri story will feature a visit to some sports stadiums and a returning "character" from a previous post!! STAY TUNED!!!
Posted by Claire (and Nikki) at 9:03 PM