Denver Museum of Nature and Science

Steve, Nikki, and I went to the Denver Museum of Nature and Science last weekend because they were having a free admission event. It was pretty neat! I was a big hit with the other museum-goers. There was even a little girl who told me that she wanted to take her stuffed bear around the world and take pictures like Nikki takes picture of me. (Her mom said she has to get better grades before she'd be allowed to travel around the world.) That really made me feel good, like I was inspiring people, you know? :) 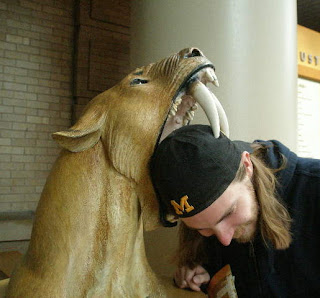 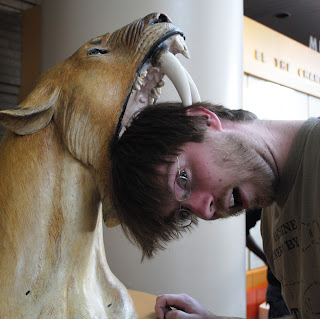 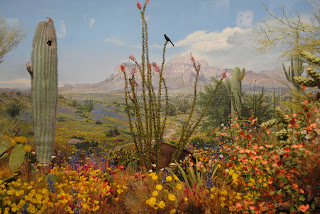 Such a pretty diorama! They had these great halls of different displays. This was in a section about the wildlife of Colorado. 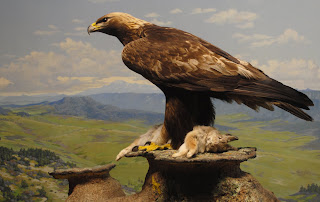 One of the dioramas in the Colorado part featured this majestic golden eagle preparing to feed its chicks this tasty, tasty rabbit. 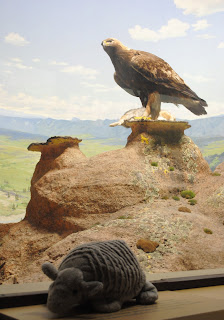 I'm REALLY hoping that the majestic and terrifying golden eagle is too busy with its dead rabbit to notice a (tasty-looking?!) armadillo! 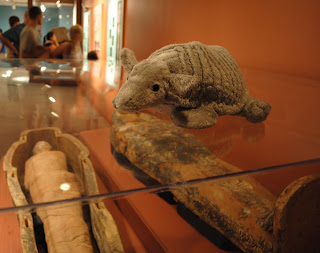 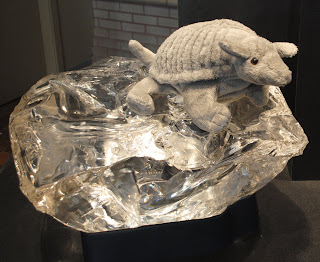 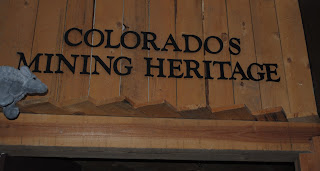 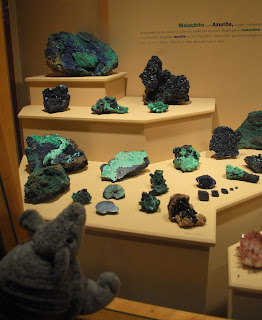 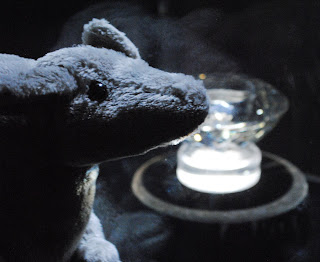 Annnnnnnnnnnd this is mine too. (I like shiny things.) (Giant quartz) 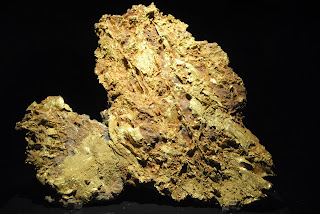 Giant rock with gold leaf on it. Steve's eyes got all big when he saw it. Said it was worth a TON. 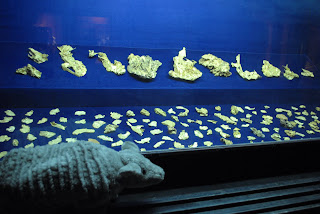 Then I saw this, and MY eyes got all big! Look at all the cool shapes the gold comes in! 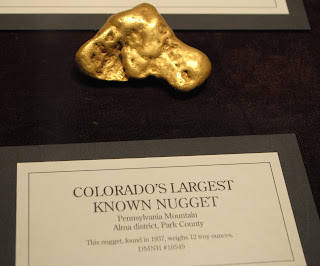 Our meandering trail through the "underground" exhibit about all the different gems and stones was the last exhibit we visited. (We went lots of other places, but didn't take pictures there.) When we were done, we visited the gift shop. Museum gift shops are so cool because there's so much random stuff in there! 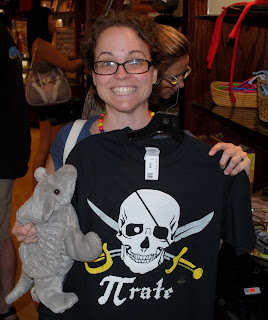 Before we even got INSIDE the gift shop, Nikki got all nerded out by this tee shirt. She and her friends founded the official pirate club at Goucher College - the Goucher Pyrate Alliance. And then, of course, she knows a bunch of nerds, so the play on words (symbols?) with pi and Pi-rate was just too much. Seriously, she looks like such a tool, doesn't she? I wouldn't let her get the shirt though; I knew she'd wear it in public, and I will NOT be seen with her in public wearing that shirt! 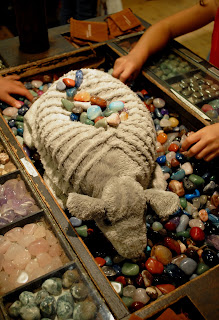 The children were confused at first, then dumped rocks on me. Serves me right, I guess. 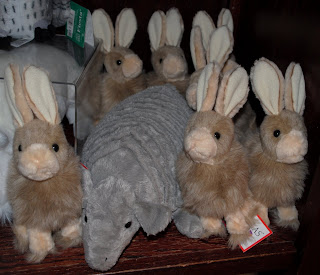 No one here but us rabbits! 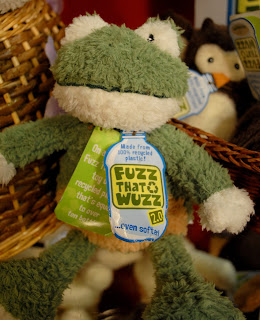 How cool is this?! A stuffed animal made from recycled plastic bottles?! And while he wasn't as fluffy as Yours Truly, he was pretty soft for a former Dasani bottle. 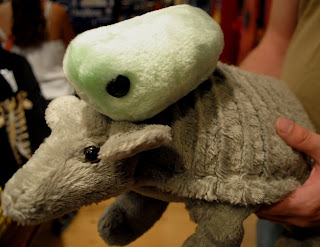 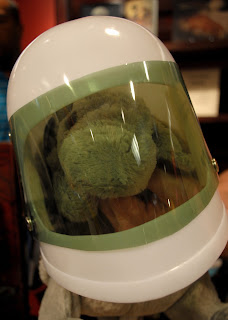 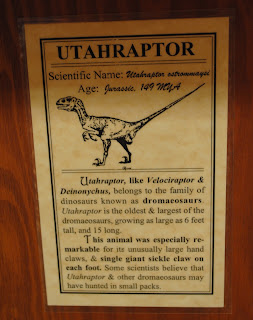 Trying to see how I measure up. I'm alllllmost as big as a dinosaur! 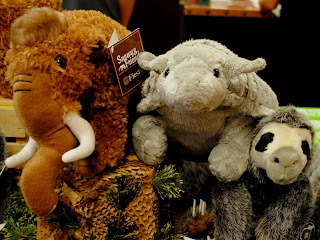 Chillin' with my prehistoric homies 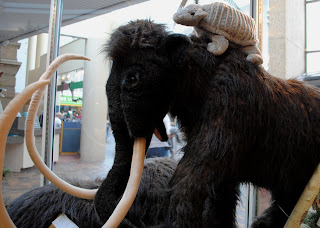 If this isn't the most AWESOMELY EPIC way to end a blog entry, then I honestly don't know what is.