The second day of our journey was much better than the first. We spent a good amount of time in Ohio. I...don't really have much to say about Ohio. I spent a lot of the driving time in the backseat of the car, while Tasha (undrugged) wandered around between the front and back seats. 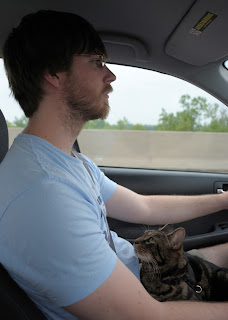 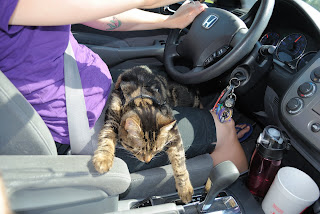 Here are two things I remember about Ohio: seeing a sign for "Baltimore" and being told we couldn't stop there...and leaving Ohio. 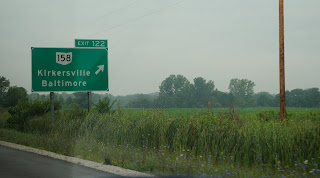 I guarantee you that Baltimore, OH is not NEARLY as big or as gangsta as Baltimore, MD. 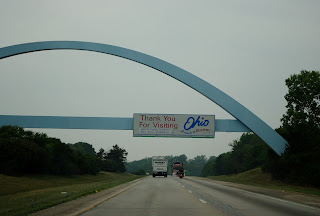 We ended up in Indiana after that. I was pretty stoked about this because Indiana is the home of the Colts, which is the team that runs around on the field while Peyton Manning wins football games. I'm a big football fan in general, a Ravens fan in particular (Nikki wouldn't let me be anything else), and I adore Peyton and his giant forehead. After much whining on my part, Steve got us to the stadium using the GPS. 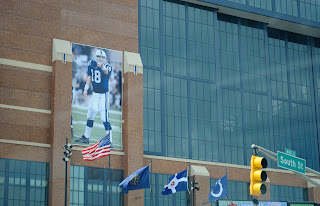 The Man, the Myth, the Forehead 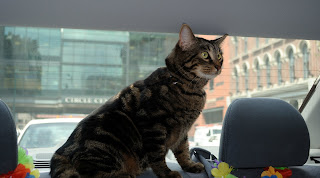 Tasha HATES being in big cities. I think it's because she finds the long, steady-speed highway drives to be soothing, whereas there's so much going on in a city that she quickly gets overstimulated. She grew up in the 'burbs; what do you expect? 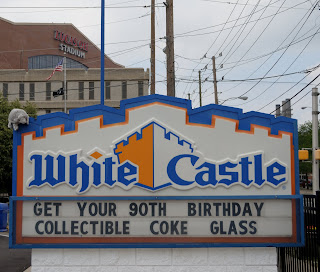 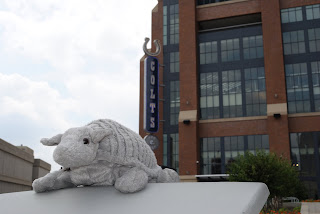 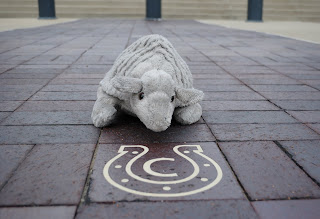 That was all we did in Indianapolis. We couldn't do lunch, since we had the cat, so we just kept on driving. Sadly, the city was the high point of Indiana. I can't even write a blog entry about Illinois; Nikki and I slept through it. Right before I passed out, I remember thinking, "DAMN! That's a lot of corn!"

A couple more pictures from Indiana: 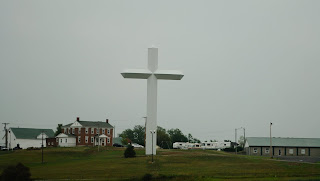 This terrifyingly large cross is bigger than the buildings around it. It's not an illusion brought about by depth of field or anything. People in Indiana apparently LOVE Jesus. 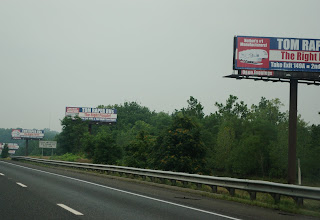 Man with INCREDIBLY unfortunate last name buys TEN billboards in succession, which will be seen immediately upon entering the state of Indiana. Nikki and Steve kept giggling about it and making references to them the entire rest of the day.
Posted by Claire (and Nikki) at 10:33 PM