Autumn WAS in the air in Denver - chilly nights that smelled of wood fires, bright leaves scattered on the ground, slightly gloomy days with the sun peeking through just when you need it to most - but lately the temperature's been in the high-70s, which is awesomely ridiculous. The leaves are DEFINITELY prettier than they were last year, and today is blustery as all get-out. Inside the dean's office though, we were celebrating all things autumn on our white board. 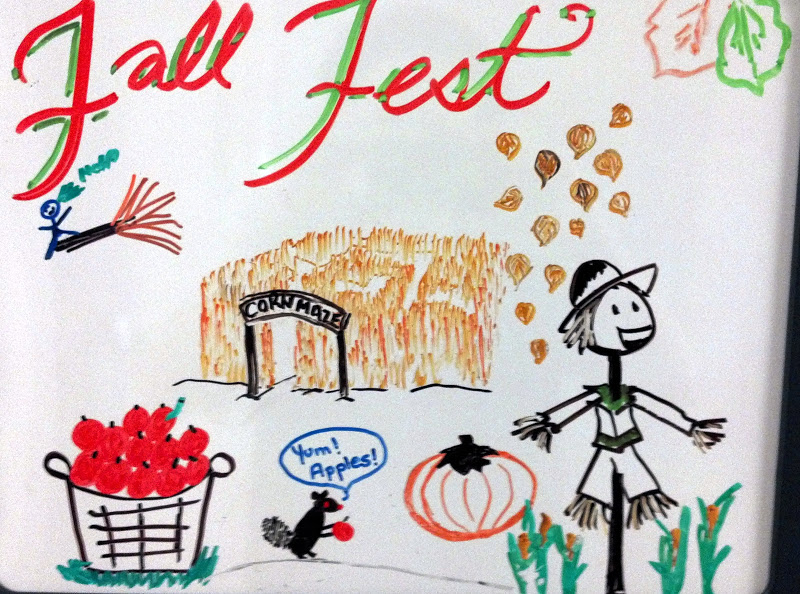 Few things say "autumn" like falling aspen leaves and a scarecrow (that isn't very scary). Judith, one of our associate deans, disliked the orange marker we originally had. It was too dried out for the pumpkin she wanted to draw. Luckily, our friend Twila in one of the school's centers bequeathed her orange marker to us so we could have our pumpkin. (I could NOT find a single orange marker on our online office supplier website! Ridiculous.)

Teri joined the party and drew the basket of apples (with an adorable worm coming out of one). Mmmm....cider....

Anthony once again added his artistic talents to the white board by drawing a...gonna go with witch? Calling for help? Regardless, we're very happy to have him in our drawing group.

And then I drew a demonic-looking squirrel stealing an apple. 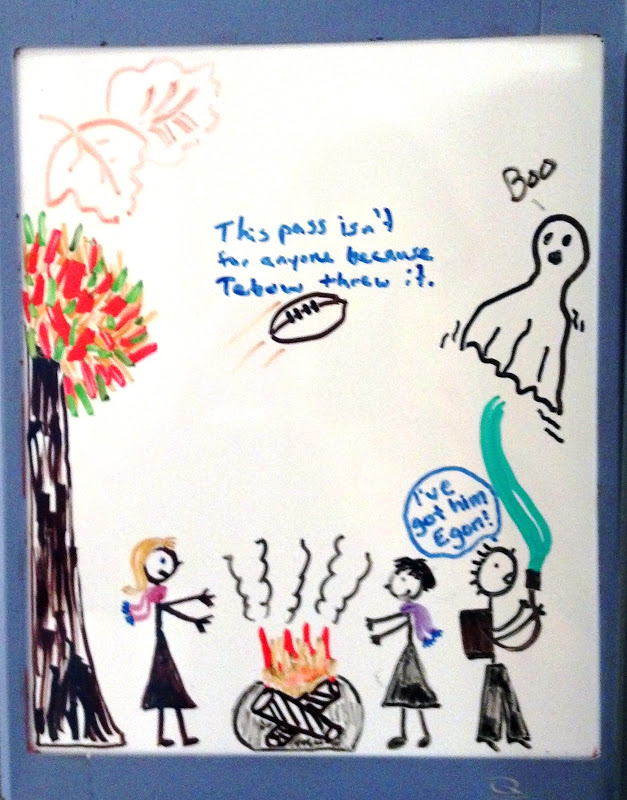 The other side of our fall fest is more of a scene than a motley assortment of fall figures. Here we find Tracy (the blond in the pink scarf) warming her hands with me (in the purple scarf) by a campfire. I think the tree looks awful, but Tracy said that several people complimented how good it looked. (She's a good friend.) A spooky ghost tried to haunt us, but luckily, one of the Ghostbusters arrived to bust him.

...and then there's the football. Making fun of Tim Tebow is a favorite pastime for some of us in the office, mainly because he's such an easy target. (Although he probably couldn't even throw to himself if he were his own target. BOOM!) Pretty sure Marshall drew this, although it could also be Shawn. Neither is particularly good at adding to our white board themes in any relevant way. ;p 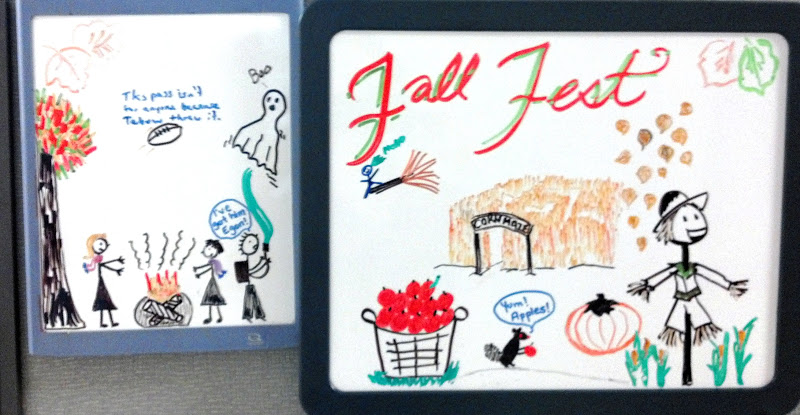