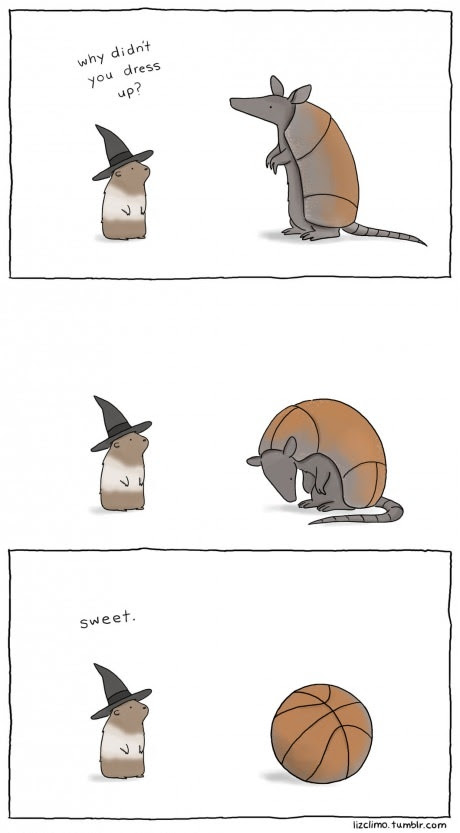 PS: I'm not dressing up as anything this year because I'm not a fan of trick or treating. Too much mischief out there in the world, and I'm too small to deal with little kids all jacked up on sugar. Nikki and Steve are going though, even though they're both almost 30. (They're doing a favor for a friend. Long story.) I'll probably sneak off with their candy (especially their Reese's!) after they've gone to sleep for the night. I may not like Halloween, but I LOVE CANDY!
Posted by Claire (and Nikki) at 2:08 PM