After getting our fill of birds, Nikki demanded that we visit the elephants. Fun Fact: elephants are Nikki's favorite zoo animal. [Nikki note: I prefer Asian elephants, with their smaller ears, to their larger African relations.] As I said in the last entry, the elephants still haven't been moved to their new habitat, but they seemed to like their old habitat just fine. 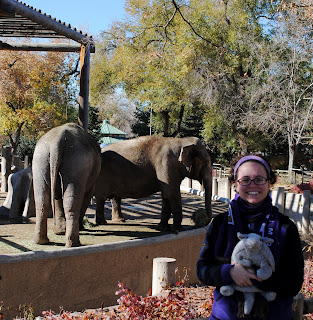 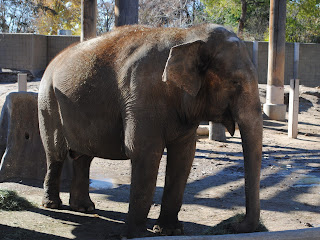 The elephants were chowing down on breakfast. 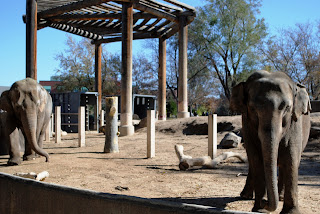 I think we've been spotted! I hope Nikki's right, and elephants don't have beef with armadillos! 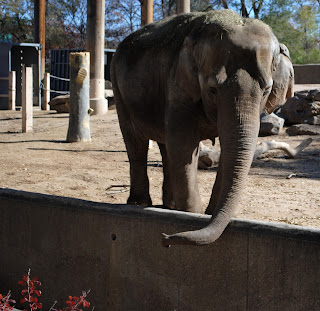 Whew! She just wanted to get some of those tasty-looking leaves.


The Zoo had a TON of warm-weather animals, like the elephants, roaming around outside. It got me thinking: how long did it take for those animals to adjust to such chilly temperatures? Denver can get pretty hot in the summertime, but it can also get pretty cold in the wintertime. It reminded me of the polar bears in the Maryland Zoo in Baltimore and how uncomfortable they look in the sweltering Baltimore summer. I wish I had thought to ask one of the zookeepers about that. Next time... 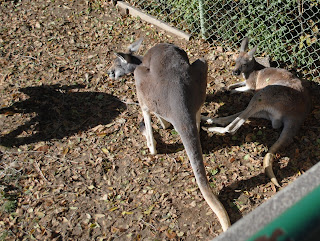 How often do kangaroos see snow, for example? 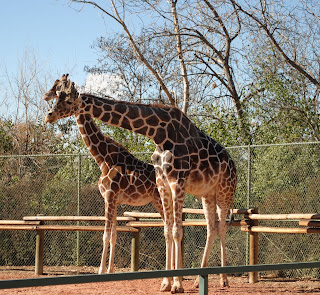 Probably the highlight of our zoo trip for me was seeing gorillas for the first time! I've seen them on TV and in movies where they help chimps take over the world, but never in person. Nikki and Steve had never seen gorillas in person either! Turns out, every time they've visited a zoo with gorillas, the great apes have been mysteriously absent. Nikki kept joking that she was starting to wonder if maybe gorillas didn't really exist; they were just guys in giant monkey costumes. :P But this time, we were in luck! We got to see MULTIPLE gorillas! 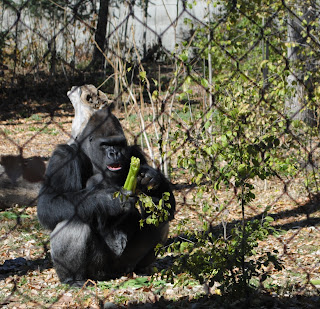 This guy was one of two "bachelor" brothers, and he devoured that celery like I devour ant pizza! 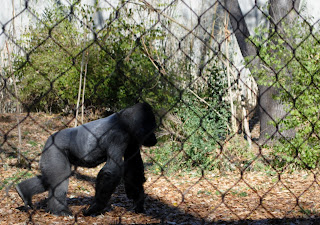 Growing weary of the paparazzi ruining his lunch, our gorilla friend lumbered off inside. 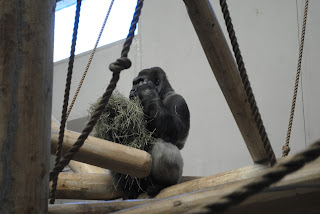 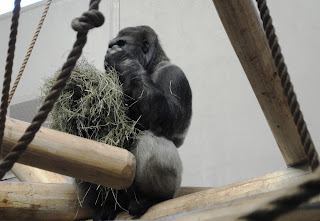 Besides celery, turns out gorillas LOVE snacking on grass and hay! One lady gorilla tried to grab a bundle bigger than her and climb up to her resting spot with it, but she dropped half and almost landed on her head falling after it!

So by now, y'all know that Nikki is a very silly person who likes to take very silly pictures. Well, the Denver Zoo had a ton of displays with various animal skulls and claws and paw prints scattered around the exhibits, I guess so people can compare themselves to different animals and see who'd survive best in the wild. (Hint: it's NOT humans.) Well, here's a series of photos of me posing with these skulls. 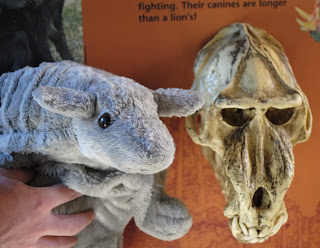 Simian skull of some kind. The same ape nearby looked just as cranky as this skull did! 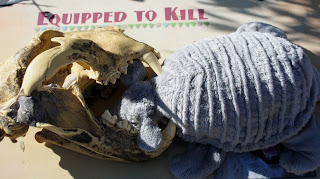 Oh no. Help. Help. It's got me in its monster jaws, and I can't escape. *eyeroll* *impatient sigh* /sarcastic teenage armadillo voice 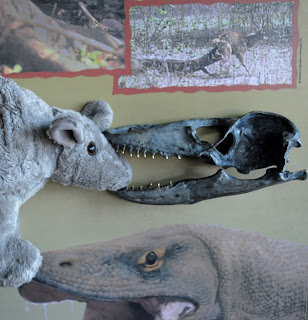 Ok, for real? Komodo dragons are TERRIFYING. They're like dinosaurs still roaming the earth. They can eat a whole human (even one Steve's size!), and they don't care. Honey badger's got nothin' on a Komodo dragon! 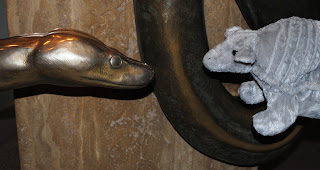 Remember when we went to the Denver Museum of Nature and Science, and Nikki made Steve take a picture with a dead sabre tooth tiger he had taken a picture with years before? She made him do the same thing with this snake. The next two photos were taken on their very first trip to Denver in 2008. 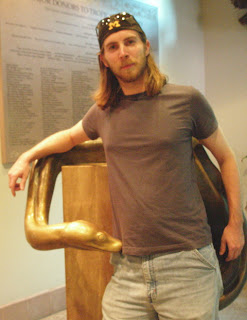 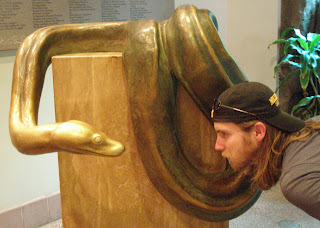 I will NEVER, EVER get over how weird Steve looked with long hair. 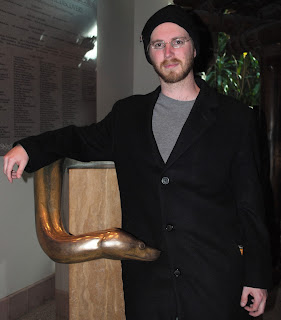 And this is the picture she took this year. Different hair, same awkward placement of that snake.

Finally, here are some of the human friends I made while walking around the zoo: 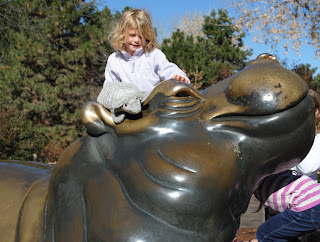 This little girl was nice enough to make sure I didn't fall off the hippo statue while Nikki was taking a picture. 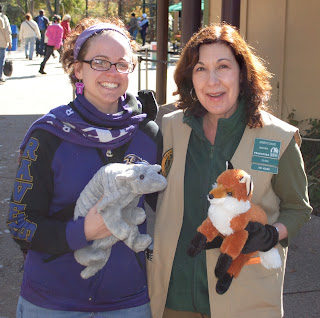 I was so excited to see another stuffed animal at the zoo, that I begged Nikki to get our picture taken with her (and the zookeeper, who looks a little surprised at the sight of a grown woman walking around the zoo with a stuffed armadillo). 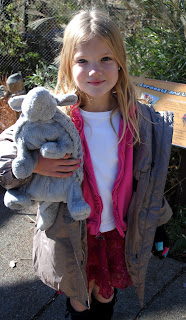 This is Claire. She overheard me talking to the zookeeper lady and quietly approached Nikki afterward to let her know that we share the same name. Of course, I had to get my picture taken with her! Claires of the world, unite! :D <3
Posted by Claire (and Nikki) at 10:28 PM