The Denver Zoo is for the birds!

I love the Denver Zoo, but I have one problem with them: THEY DON'T HAVE ANY ARMADILLOS! I mean, I'm glad I don't have to see some distantly-related cousins in captivity or anything, but still. What zoo is complete without armadillos?!

Now that that's out of the way, I have to say that I HIGHLY recommend everyone visiting the Denver Zoo at least once in their lives. It's such a great zoo, and they're building a new elephant habitat, which unfortunately wasn't ready when we visited. They also have FREE DAYS, which is great if you're an armadillo (or a person) on a budget. We had such a good time, I'm going to have to make this a multi-part entry. :)

The day we went was a free day, and it was COLD! but so worth it. The first thing we did was make a beeline for the penguin area on the other side of the zoo from the entrance. We wanted to get a good spot for their feeding time!


While we were all waiting for the trainer to come out with their breakfast, a guy near us noticed that the penguins were following the light reflection his watch was making. It was pretty adorable and a great pre-show!

Hopefully you can hear everything the trainer is saying about his penguin friends! 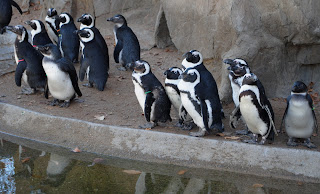 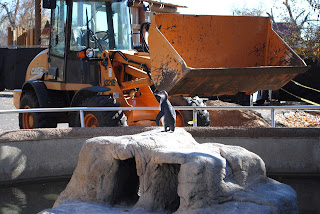 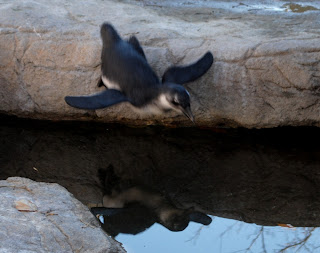 No! You have so much to live for! 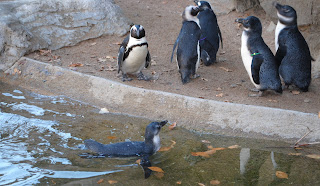 Oh. Good. Glad you made it. Too bad no one was watching your awesome jump.

After we were done watching the penguins eat, we decided to see how we measured up to our feathered friends...literally! 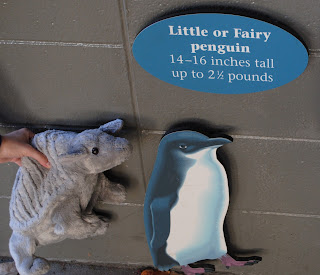 So I'm about the same size as a fairy penguin. (What a cute name!) 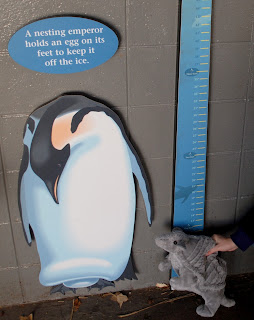 But an emperor penguin could totally kick my ass. :( Big bully. 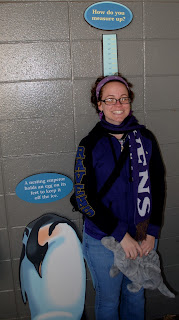 I find it strange that my best human friend is only twice as tall as the tallest penguin.

Steve, however, could totally take an emperor penguin in a fight! I know who I'll be hiding behind after smack-talking a penguin!

We went to the bird house to warm up after walking around in the cold, looking at exotic animals that had no business being in the cold. Luckily for me, my nose doesn't run like Nikki's and Steve's, so I didn't need to duck into a bathroom and blow my nose. 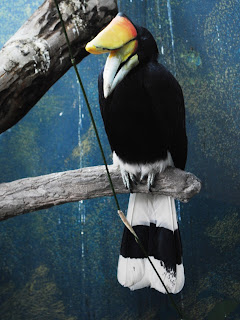 It's animals like this that make me SO HAPPY I'm an armadillo and not some crazy bird. See that giant yellow hump on its beak? THAT'S A PART OF ITS BEAK! Scientists don't know why the bird has that thing, but they have theories. 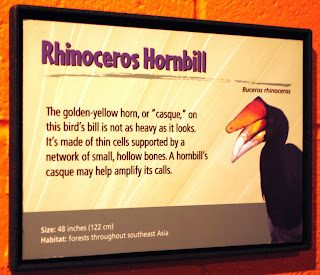 Next up, two technicolor birdies and bffs: 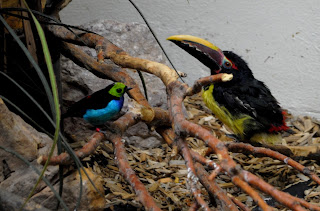 What are these two beauties? 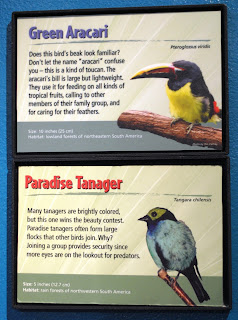 One of the neatest aspects of the Denver Zoo is that they have a large muster of peacocks (that's the official word for a "group" of the birds) that roam the zoo grounds. Steve told me that when he and Nikki first visited the zoo years ago, a male peacock actually displayed his tail for him! We didn't have such great luck this time, but it was still neat getting so close to the birds. 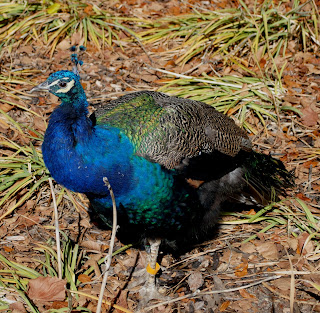 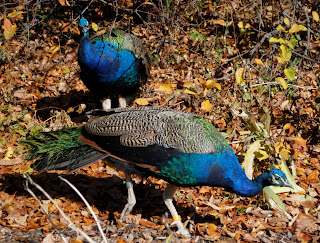