Trex and I are driving up to Evergreen, CO to visit Steve's aunt and uncle's house. (Well, Steve is driving. Trex's eyes are on the sides of his head, which makes him not very good at seeing in front of him, and I don't have my driver's license yet.) Colorado just got hit with a HUGE blizzard, which dumped over a foot of snow on us in Denver but TWO FEET in Evergreen. (In Black Hawk, which is an old casino town in the mountains, they got FOUR FEET of snow!!) Uncle Rob and Aunt Pam live on top of a hill that goes down to a wide open meadow, so they have, essentially, the PERFECT sledding hill! Nikki told me that when she was a kid, she and her family used to go to this park near their house that had a great, steep sledding hill. Only problem: it ended at the road that led you in and out of the park. So kids used to go FLYING down this hill, only to have to roll off their sleds at the bottom, or risk going under a truck! (Apparently, parents didn't care if their kids lived or died back when Nikki was a child. She says it was a simpler time.)

I'm updating this from Nikki's phone on our way up to the mountains. I'll be posting all the AWESOME pics and videos later. 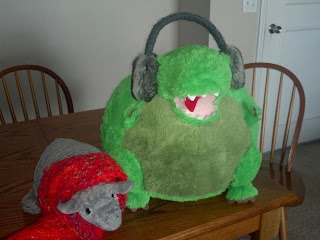