Estes Park and the Most Fun Slide You'll Ever Go Down

After Nikki and Steve finished their 2-hour horse ride, they were hungry and saddle sore. (Serves them right!) We headed back down the mountain to Estes Park for food and to map out how to get to the next camping spot.

We went to a nice restaurant where Nikki and Steve got unremarkable sandwiches, then Nikki pretty much went running down the sidewalk to buy homemade cookies (which Steve ended up eating most of once we got home). Steve got some ice cream, and as he ate it, Nikki and I had a little photo shoot. There's a stream (river? I don't know how to differentiate between the two) that runs through Estes Park; we were sitting in a little park alongside it. 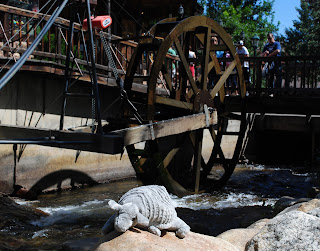 The bridge you see in the background leads to a variety of shops and boutiques that are all built into a sort of tree house maze of places to buy things. Tourists line up and watch the water wheel, which...confuses me. I mean, it's a water wheel. But I guess when you're from the Big City, rustic throw-backs like water wheels are fascinating. *shrug* 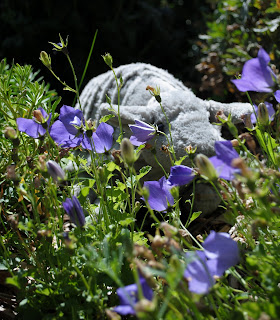 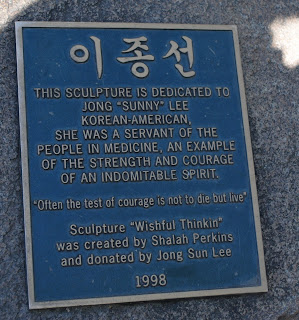 These next few pictures are of me and Nikki with this statue. It's actually a pretty funny statue on its own; then Nikki and I (and other tourists, of course) go and pose for pictures with it, and it's even sillier. 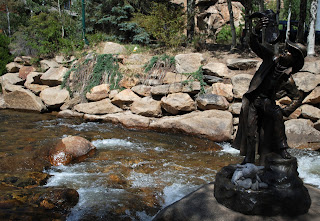 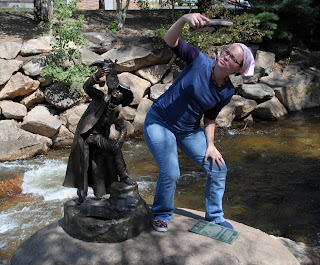 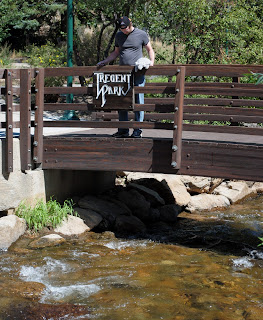 Steve and I played Poohsticks over the stream. I am EXCELLENT at Poohsticks. Nikki taught me how to play, just like she's taught a lot of her friends to play. (Her one friend Agnes used to visit Nikki at work all the time and play Poohsticks. Agnes is also very good.)


Once we were done playing and relaxing, Nikki brought up the next campsite on GoogleMaps. Unfortunately, she had been using a bad address when she made the reservation, and rather than being only an hour away from the next campsite, we were FOUR HOURS away!! I could tell Nikki felt awful, but Steve hadn't had any coffee, and he never sleeps well when he camps, so he was pretty grumpy about it. They decided we should just go home.

Never one to let a mistake ruin her day, Nikki suggested that we stop by the Alpine Slide in Golden, Co, not too far away from Boulder and Denver. Steve went along with it, and obviously, I did too. Turns out, it was a GREAT idea!
Nikki, ever the dork, filmed this video of us riding the ski lift up the mountain to the start of the slide. 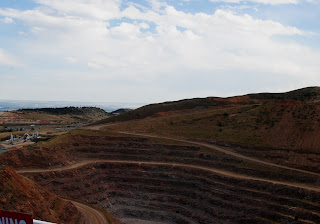 View from the top: a local quarry 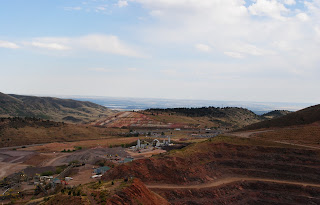 Another view of the quarry, and I think that's Denver in the distance 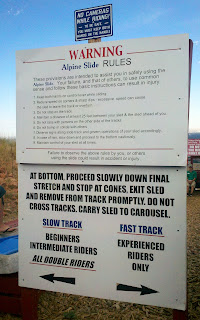 Click on the photo to red the looooooooong list of rules for riding down the slide. Oh, and we OBVIOUSLY got into the Fast Track, even though we had never ridden down the slide before. RISK TAKERS! 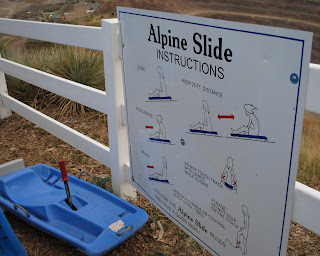 Our slide and a helpful guide as to how to use it. Nikki promised me that we'd barely use the brake. She's a wild woman like that. 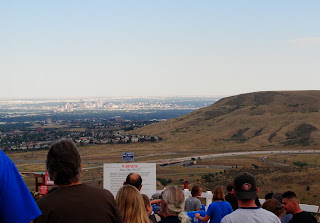 The last picture Nikki could take before we went down the mountain. Since you need two hands to steer, and since you go so fast (SO FAST!), taking pictures is both dangerous and impractical.

The slide was a really great way to end the day. Even Steve was really hyped up and grinning like a little kid when we were done! "I almost flipped over," he said excitedly. Everyone could hear Nikki giggle-screaming down the slide. Lord only knows what all those poor people on the ski lift must have thought as they saw the two of us whizzing down the concrete track! This is a place I know we're DEFINITELY going to visit again!
Posted by Claire (and Nikki) at 12:23 PM